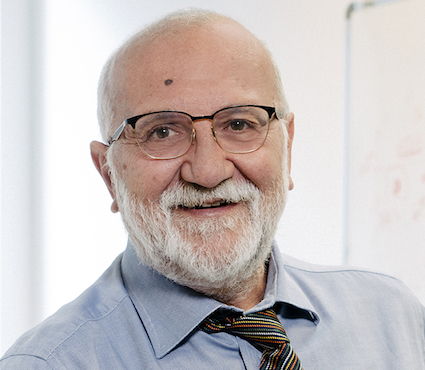 Pier Giuseppe Pelicci is the winner of the 4th Mike Price Gold Medal Award, a biennial award for a senior researcher who has made exceptional contributions to the progress of cancer research in Europe. The Award Winner will give a keynote lecture at the EACR (European Association for Cancer Research) Congress in Torino on June 17th-20th2020.

The award was created in 2012 in memory of Dr. Mike Price, who was Secretary General of the EACR for 21 years, and died of cancer in 2000.

Pier Giuseppe Pelicci, Chairman of the Department of Experimental Oncology and Director of Research of IEO, Full professor of the university of Milan, scientific director of Alleanza Contro il Cancro and president of the European School of Molecular Medicine (SEMM), devoted his life to research and has made seminal contribution in the oncology field, unveiling key mechanisms of tumorigenesis (such as the identification/functional characterization of PML-RAR and mutated NPM oncogenes in myeloid leukemia) and the definition of the molecular basis of some of currently used targeted treatments (such as retinoic acid, HDAC- or histone- demethylase inhibitors).

More recently, his research has been focusing on the biological and molecular characterization of normal and cancer stem cells, in leukemia and breast cancer, and mechanisms of DNA damage accumulation in normal and cancer cells.